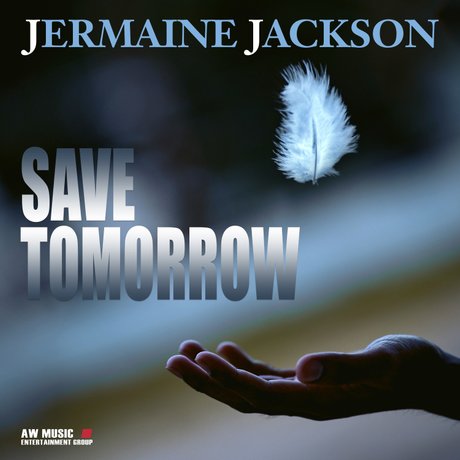 “Save Tomorrow” is a timely reminder of the horrors that are still happening in the world and close to our borders. It’s important now more than ever to echo the message of the song “Save Tomorrow”. Experiencing that music is a universal language all over the world and loving to reach people through his music, Jermaine uses his voice and fame to create social awareness and addressg the state of the world. The remastered solo versions of “Save Tomorrow” by Jermaine Jackson are released for the first time ever by AW Music Entertainment Group in 2022 to help place the spotlight on humanity and peace in the world.

“Save Tomorrow”, the song written and composed by singer/songwriter Theresa Rhodes and performed in a duet by her and legendary Jermaine Jackson more than 25 years ago, is remastered and for the first time available as Jermaine’s solo version. The song is produced by Gareth Cousins for Dusty Records label. The British recording engineer and music producer Gareth Cousins is originally trained at Abbey Road Studios and best known for his score mixing work on films such as Gravity, Baby Driver, Suicide Squad and Notting Hill.

Theresa and Jermaine first met each other in 1994 in Zimbabwe during an anti-elephant poaching campaign and they started discussing the many concerns about the world. Theresa told Jermaine about her first song that she wrote and composed after seeing constant terrible images of war zones where “too much pain, too much sorrow” happens and especially children becoming victims. Theresa played “Save Tomorrow” for Jermaine and he liked its message and he offered to sing it with her. Theresa and Jermaine publicly performed “Save Tomorrow” together during a charity concert in London before recording the duet version in December of 1994 at Dinemec Studios in Geneva, Switzerland, produced by Matt Clifford.

The duet version of “Save Tomorrow” was originally released in 1995 by the Dusty Records label of AW Music Entertainment Group. Jermaine and Theresa went on a huge promotional tour across all major cities in Germany to make numerous appearances on television, radio shows and live performances in discotheques. The single reached several top ten positions in various German radio charts. A music video for “Save Tomorrow” was also made showing Jermaine and Theresa working together in the recording studio and it was assembled with Red Cross images of the war in Sarajevo, as well as footage showing the Rwanda exodus following the genocide in that country. However, the video was deemed “too sad” to go public at the time, so little use was made of it during the promotional tours and it was finally shelved. The video was later published on YouTube only a couple years ago.

When will they finally go their way?
When will they ever know a future safe?
Why all the hate and the futule crime?
Killing one another in an endless line

Too much pain, too much sorrow
Children cry in vain: save tomorrow 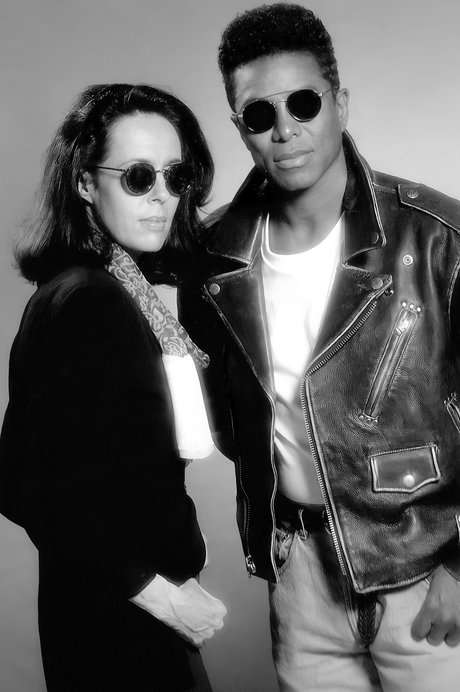 Jermaine Jackson professionally debuted in 1967 as a member of the music group The Jackson 5 as a (co-lead) singer and bass player of the band. Considered “one of the biggest phenomenons in pop music during the early 1970s, The Jackson 5’s combination of extraordinary musical talent and choreography has earned the family the status of pop royalty in the music world.

The Jackson 5 were later known as The Jacksons when brothers Jackie, Tito, Marlon, Michael and Randy signed to CBS Records, while Jermaine stayed loyal to Motown and continued his solo career. Jermaine and the brothers reunited in 1984 at a peak of Jermaine’s success as an established solo artist, and released their biggest-selling album to date, Victory, followed by the Victory Tour.

Adored by millions of fans the world over, The Jacksons forever changed the landscape of popular music. The Jacksons’ unique brand of soulful pop-funk, their lengthy catalogue of hits, and their impeccable live performances have made them one of the most beloved musical acts of all time. Idols unlike any other in music history, the Jacksons redefined, reinvented, and reinvigorated popular music as we know it.

The album Dynamite (Arista Records, 1984) features memorable duets with brother Michael ("Tell Me I'm Not Dreamin'), Whitney Houston ("Take Good Care Of My Heart") and Pia Zadora (the mega hit "When The Rain Begins To Fall" which receives daily airplay on radio stations to this day). The album features memorables duets with brother Michael, Whitney Houston and Pia Zadora.

Social awareness and giving back has been a hallmark of Jermaine and the Jackson Family values since they started in the music industry over 50 years ago. Jermaine supports numerous social and humanitarian causes to make the world a better place, because he believes that saving one life gives hope to thousands of others.

Jermaine has said that “a star can fall, but a good human being can rise all the time” and it’s important to him to make the world remember his brother Michael for the great human being that he was. Always being a keeper of the flame, Jermaine moved beyond the music in other worlds than entertainment to make his dreams come true and turn his creative concepts into reality.