"I love reaching people through my music."

not featured on a Jermaine Jackson album. See Contributions for more. 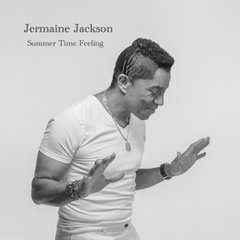 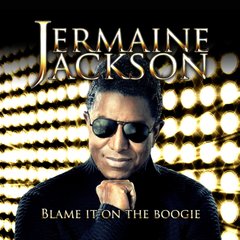 I Wish You Love

In the Summer of 2012 Jermaine went in the studio with French baritone opera singer David Sereroand recorded 16 jazz classics in two days. The recordings resulted in the studio album titled I Wish You Love.

not featured on a Jermaine Jackson album. See Contributions for more. 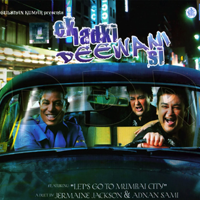 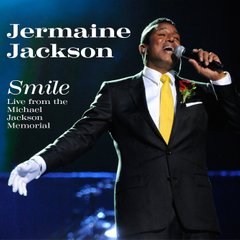 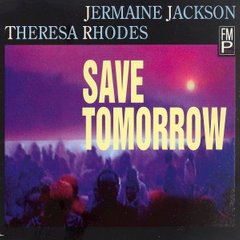 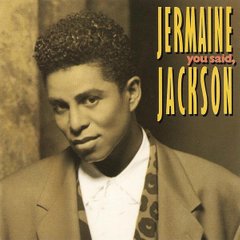 In October of 1991 Jermaine Jackson released his last solo album with new songs to date. LaFace Records was a record company founded in 1989 by the duo Antonio ‘L.A.’ Reid and Kenneth ‘Babyface’ Edmonds. 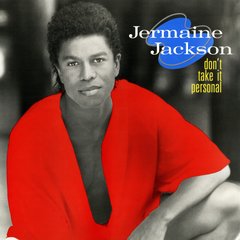 In September 1989, four months after the release of The Jacksons album 2300 Jackson Street, The album reached #18 in the R&B charts and #115 in the Pop charts.

In August 1989 the first single from the album was released, which was the title track “Don’t Take It Personal”. The single became a huge hit and it gave Jermaine another R&B #1 hit after “Let’s Get Serious” from 1980. The song released on the B-side is the track “Clean Up Your Act”, which Jermaine recorded for the soundtrack of the movie I’m Gonna Git You Sucka.

The second single from the album was “Two Ships (In The Night)”, a song co-written by Jermaine that did decent in the charts peeking at #21 in the R&B charts.

“I’d Like To Get To Know You” was released as third single in the U.S. in April of 1990 with the not before released track “Spare To Rod, Love The Child”. Without a music video to accompany the single, it reached #27 in the R&B charts.

Other notable tracks on the album are the duet “Make It Easy On Love” with Miki Howard, the highly danceable "(C’mon) Feel The Need", and the balled "Don’t Make Me Wait". 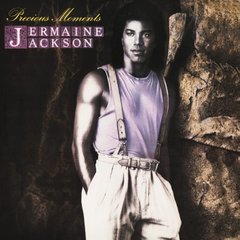 Do You Remember Me?
Lonely Won't Leave Me Alone
Give A Little Love
Precious Moments
I Think It's Love
Our Love Story
I Hear Heartbeat
If You Say My Eyes Are Beautiful (Duet With Whitney Houston)
Voices In The Dark
Words Into Action

Jermaine’s contribution as a writer and producer for his second album at Arista Records was huge. He produced five tracks together with Tom Keane. The other five tracks where produced by Michael Omartian. Clive Davis was the executive producer for the album. Jermaine dedicated the album to his idol Marvin Gaye. The album contains ten great Pop, Soul and R&B tracks.

In the U.S. the album reached #25 in the R&B charts and #46 in the Pop charts. The album features the beautiful balled “If You Say My Eyes Are Beautiful”. a duet with the at that time rising star Whiney Houston for whom Jermaine produced three tracks on her 1985 debut album Whitney Houston and also recorded the duets “Take Good Care Of My Heart” and “Nobody Loves Me Like You Do” for her debut album.

Three singles were released in the U.S. from Precious Moments. The first single was “I Think It’s Love”, a song Jermaine wrote with Michael Omartian and Stevie Wonder. The single reached #14 in the R&B charts and #16 in the Pop charts. The track “Do You Remember Me?” was also released as a single with the not before released song “Whatcha Doin’” on the B-side (eventually released on the compilation albym Playlist: The Very Best of Jermaine Jackson in 2014). 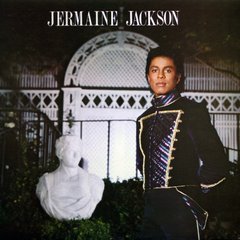 After ten album releases at Motown, Jermaine moved on to a new label called Arista Records where he released his album in April of 1984. The album released as Jermaine Jackson in the United States and Japan and titled Dynamite in Europe and most other parts of the world the album was released titled Dynamite is one of Jermaine Jackson's best and most successful albums, reaching #13 in the U.S. R&B charts and #19 in the Pop charts.

In the UK and other European countries, the single “Sweetest Sweetest” was also released. The duet with Pia Zadora "When The Rain Begins To Fall" was another smah hit song for Jermaine in Europe with daily airplay on radio stations to this day. Th etrack was added to the album for European pressings. A Spanish version of the song “Si Se Pone A Llover” was also recorded and released on a Spanish 7” single.

Let Me Tickle Your Fancy 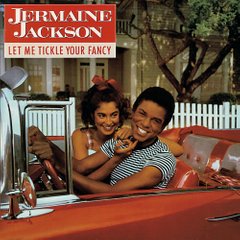 Let Me Tickle Your Fancy
Very Special Part
Uh Uh, I Didn't Do It
You Belong To Me (Duet With Syreeta)
You Moved A Mountain
Running
Messing Around
This Time
There's A Better Way
I Like Your Style

Let Me Tickle Your Fancy was released in July 1982 and would be Jermaine’s last and one of his most succesful ones for Motown. The album reached #9 in the R&B charts and #46 in the Pop charts in the U.S. For this album Jermaine was very much involvded as a writer and producer. All the songs on the album were produced by Jermaine and Berry Gordy. Berry Gordy and Hazel Gordy were the executive producers of the album.

Two singles were released in the U.S. from the album, the title track “Let Me Tickle Your Fancy” and “Very Special Part”. “Very Special Part” didn’t become a smash hit single peeking at #54 in the R&B charts, however “Let Me Tickle Your Fancy” featuring background vocals by Devo was a hit song getting to #5 in the R&B charts and #18 in the Pop charts. 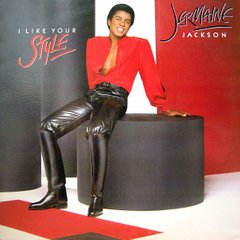 Gotta Have Ya
I'm Just Too Shy
You're Givin' Me The Runaround
Paradise In Your Eyes
Is It Always Gonna Be Like This
Signed, Sealed, Delivered I'm Yours
Maybe Next Time
I Can't Take No More
It's Still Undone
I'm My Brother's Keeper

The Pieces Fit
You Like Me Don't You
Little Girl Don't You Worry
All Because Of You
You've Changed (Interlude)
First You Laugh, Then You Cry
I Miss You So
Can I Change My Mind
Beautiful Morning 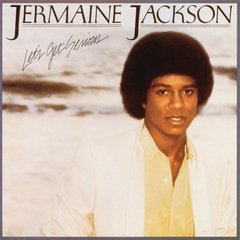 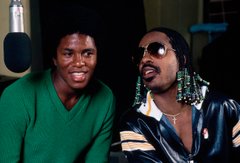 Let’s Get Serious remains undoubtedly Jermaine Jackson’s most successful album for Motown, having sold over 2 million copies worldwide and it topped the U.S. charts, reaching #1 in the R&B charts and #6 in the Pop charts.

The first single of the album was the title track “Let’s Get Serious”, written by Lee Garrett and Stevie Wonder. The single was Jermaine's first #1 R&B hit and second Top 10 Pop hit, peaking at number nine in both Billboard and Cash Box. It also reached the top 10 in the UK peaking at #8. It was Billboard's #1 Soul hit for the entire year of 1980, beating out brother Michael's platinum-certified mega-hit "Rock with You" which was #2 for the year.

“You’re Supposed To Keep Your Love For Me” was the second single from the album, a song written and produced by Stevie Wonder that the Jackson 5 also recorded before with Jermaine singing the lead vocals and not released as a single before. Jermaine and Stevie re-recorded the song for the album Let’s Get Serious. The single reached #32 in the R&B charts and #34 in the Pop charts.

Other songs from the album released as a single were the up-tempo song “Burnin’ Hot” in several European countries and Japan and “You Got To Hurry Girl” in France.

The following tracks were recordedin Spanish and released on a super rare Mexican album vinyl: 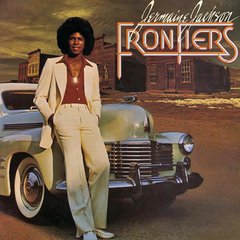 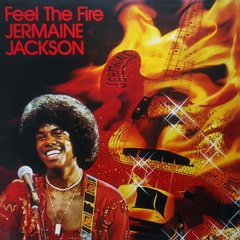 My Name Is Jermaine 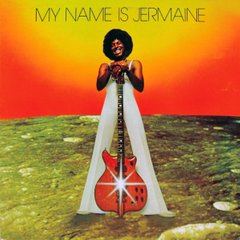 Let's Be Young Tonight
Faithful
Look Past My Life
Bass Odyssey
Who's That Lady
Lovely, You're The One
Stay With Me
I Just Want To Take This Time
My Touch Of Madness

In August 1976, Jermaine’s third album at Motown My Name Is Jermaine is released and he re-introduces himself at the label that his brothers by now have left to move on at Epic. For the album Jermaine worked closely with the rising young star Michael Smith, who wrote and produced three tracks for the album.

The opening track, “Let’s Be Young Tonight”, was released worldwide as a single with the strong bass rhythm instrumental track “Bass Odyssey” on the B-Side.

On his 22nd birthday, December 11th 1976, Jermaine Jackson performed "Let's Be Young Tonight" on the U.S. TV show "American Bandstand". On that day, the record peaked on Billboard's Hot 100 charts at #55 and it peaked #19 on Billboard's R&B Singles charts.

In between Come Into My Life and My Name is Jermaine, Jermaine Jackson recorded a third studio album at Sigma Studios in 1975 in Philadelphia that was produced by Norman Harris and never got released.

In late 1975, Joseph Jackson was negotiating with several record companies for a new contract for his sons outside the Motown empire. Jermaine decided to stay loyal to Motown, the company that introduced the Jackson 5 to the world.

The track "Good For The Gander" recorded during the album sessions was later released on The Spirit of Philadelphia album (2002).

Three other tracks from the album’s recording sessions titled “Do Unto Others”, “Hide and Seek” and “Keep Our Fingers Crossed” leaked to the Internet.

Come Into My Life 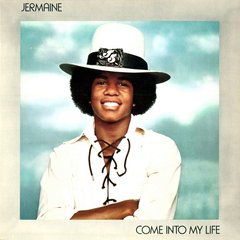 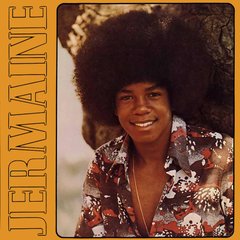